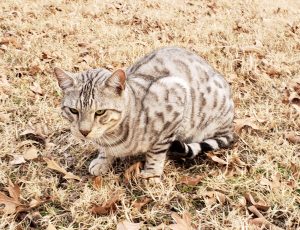 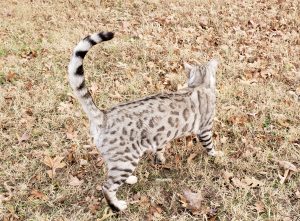 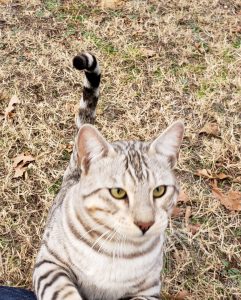 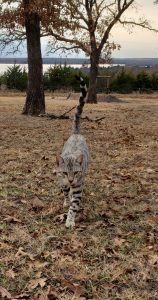 Named after his father, and like his father he is a beautiful muscular and wild silver spotted male. Titan Jr is obviously the largest cat of the T-litter. He is very vocal and loves to talk. He also enjoys long walks around the pond… as long as he gets to cuddle and nap when it’s over. He plays well with dogs and loves watching TV. 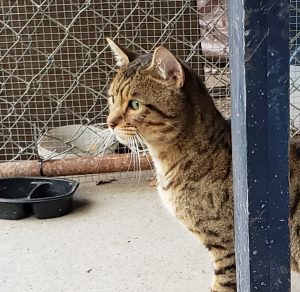 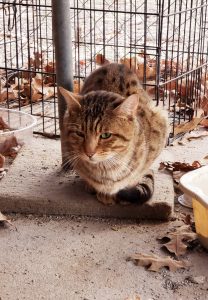 Titus comes to us from the bayous of Louisiana and is an avid fan of LSU football. He has bred and sired many bangles in deep south and now resides in (OSU) Cowboy Country. While  shy in person, he has a way with the ladies. His kittens have brought out his beautiful  brown colors and his silver kittens have been nicely glitters. All have been sweet and fun and cuddly. We wonder where they get that from? 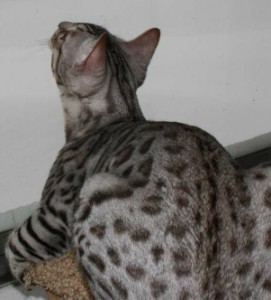 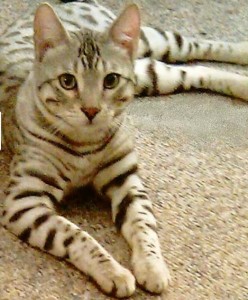 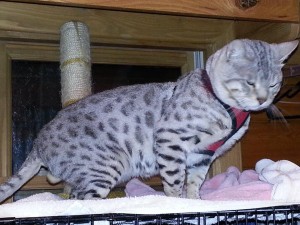 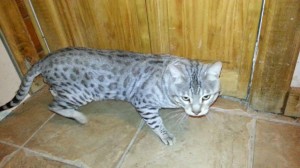 Titan is our newest stud and comes to us all the way up in Flint, Michigan. He is our first silver Bengal stud and will make a great addition to our family of silver Bengals. Like his owner, he enjoys flying and prefers United First Class. He is easily the largest of our Bengals and we look forward to many beautiful litters from him. 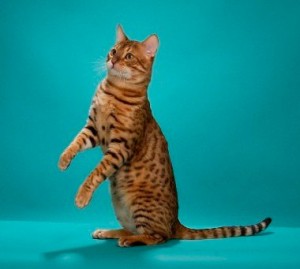 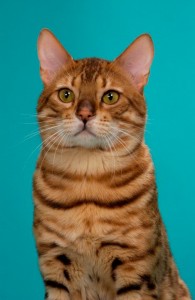 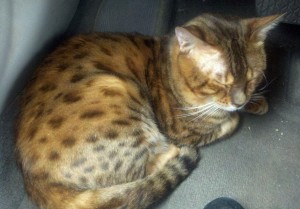 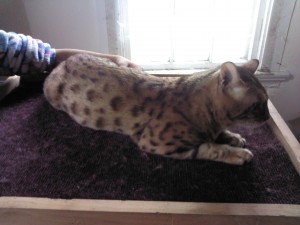 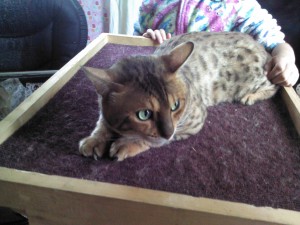 Phantom joined our family in 2012. He was purchased from a breeder in Iowa and made the trip down to live in Oklahoma. His previous home was filled with kids and rabbits. Now he has nothing to worry about except beautiful Bengal cats. Phantom spends most of his time taking long cat naps or finding new places to enjoy his naps. He is very vocal about letting people know when dinner is supposed to be served. While never shown, his father and brother are both Regional Winner Quadruple-Grand-Champions. With a coat like his and the beautiful markings, it’s easy to see why. 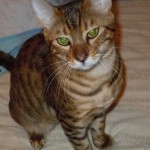 Dexter is our incredibly loving stud. None of us have the heart to tell him that he is not a dog. So he loves to play fetch and tries to be man’s best friend. He will watch football games all day long if someone will throw his favorite toy for him to retrieve while the game is going on. He also loves watching NASCAR. His favorite driver is Jimmie Johnson, just like his owner. Dexter is also very talkative and loves to discuss his plans for the day before his owner runs off to work. He also eats his cat food like it was a Scooby-snack.

“This cattery has not been inspected by and is not endorsed by The International Cat Association, Inc.” This Statement is posted as a REQUIREMENT to use the TICA Logo on a website. We are a TICA Registered cattery in Good Standings.